Invisible decays of K_L and K_S, and the Bell-Steinberger relation

The invisible K_L decay has never been experimentally tested. In the Standard Model (SM) its branching ratio is predicted to be below 10^-10.  Taking into account the most stringent constraints from the well known K+ →  π+ +  ν ν decay, in several interesting  extensions of the SM, such as two-Higgs-doublet (2HDM), 2HDM plus light scalar, and mirror dark matter models,  the K_L→invisible branching ratio  could be in the region of Br(K_L→ invisible) ~ 10^-8 - 10^-6, which is experimentally accessible. In some scenarios the K decay constraints may be relaxed. This  makes  the  K_L→ invisible decay a clean probe of new physics scales well above 100 TeV, that is complementary to rare K+ → π+ +  ν ν decay, and provide a strong motivation for its sensitive search in the P348 experiment.

The Bell-Steinberger relation connects CP and CPT violation in the mass matrix to CP and CPT violation in all decay channels of neutral kaons. It is a powerful tool for testing CPT invariance in the K0 − K0 system, assuming that there are no significant undiscovered decay modes of either K_S or K_L which could contribute to the precision of the results. The K_S,K_L → invisible decays have never been tested and the question by how much these decays can influence the Bell-Steinberger analysis of the K0 − K0 system still remains open. We propose a new experiment to search for these decay modes  aiming to probe new physics and answer this question. The experiment utilizes high energy hadronic H4 beams from the CERN SPS and the charge exchange reactions of  kaons on nucleons of an active target, e.g. K− + p → K0 + n, as a source of the well tagged K0's emitted in the forward direction with the beam energy. If the decay K_S, K_L → invisible exists, it could be observed by looking for an excess of events with a specific signature: the complete disappearance of the beam energy in the detector. This unique signal allows searches for the decays K_S, K_L → invisible with the sensitivity  in branching fractiion            Br(K_S(K_L) → invisible) < 10−8(10−6) or below. This experiment is complementary to our  search for invisible decays of dark photons, it could be performed with the same setup,  and fits well with the present kaon physics program at CERN and KLOE. 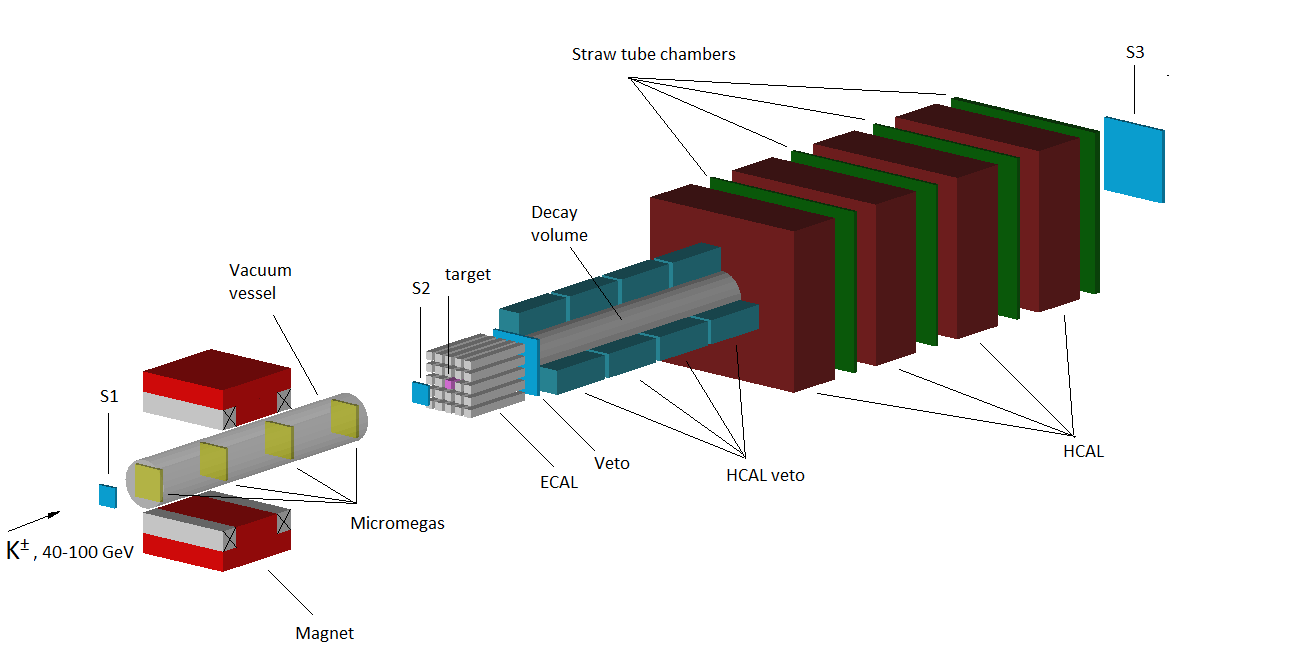