The NA64 experiment  (known as P348 at the proposal  stage) is a  fixed-target experiment at the CERN SPS combining the active beam dump and missing energy techniques  to   search for  rare events. The experiment will build and operate a fully hermetic detector placed on the H4  beam line with  the primary goal  to search for  light dark bosons (Z') from dark sector that are coupled to photons, e.g.   dark photons (A'),  or sub-GeV  Z' coupled only to quarks. In some cases the Z' is coupled only  to µ or tau, so we  call the Z′ the dark leptonic gauge boson.   The experiment is also capable to  search for  K_L -> invisible decay, which is complementary to K+ -> π+ +  ν ν,  and invisible decays of π0, η, η′, K_S mesons.

The advantage of our approach is that the sensitivity (or number of signal events) of the experiment is roughly proportional to the Z' couplig  squared ε^2,  associated with the Z' production in the primary interaction  in the target. While in a classical beam dump experiment, it is proportional to ε^4, one ε^2 came from the Z' production, and another ε^2 is either from the probability of Z' decays or   their  interactions in a detector located at a large distance from the beam dump.  The  sensitivities  of these  two methods depend  on the region under study in the  (ε^2 ; m_Z') parameter space, background level for a particular process, available  beam intensity, etc.  In some cases,  much less running time and primary beam intensity are required to observe a signal event with our approach.

The experiment P348 was proposed to the CERN SPSC in January 2014 with the primary goal to search for the A'->invisible and A'->e+e- decay modes. In April 2014 it received recommendations for the  test measurements. In January 2016 P348  was recommended for approval as a CERN SPS experiment for the  search for  the A'->invisible decays. The CERN Research Board officially approved the P348  experiment on March 9, 2016 with the reference number NA64. 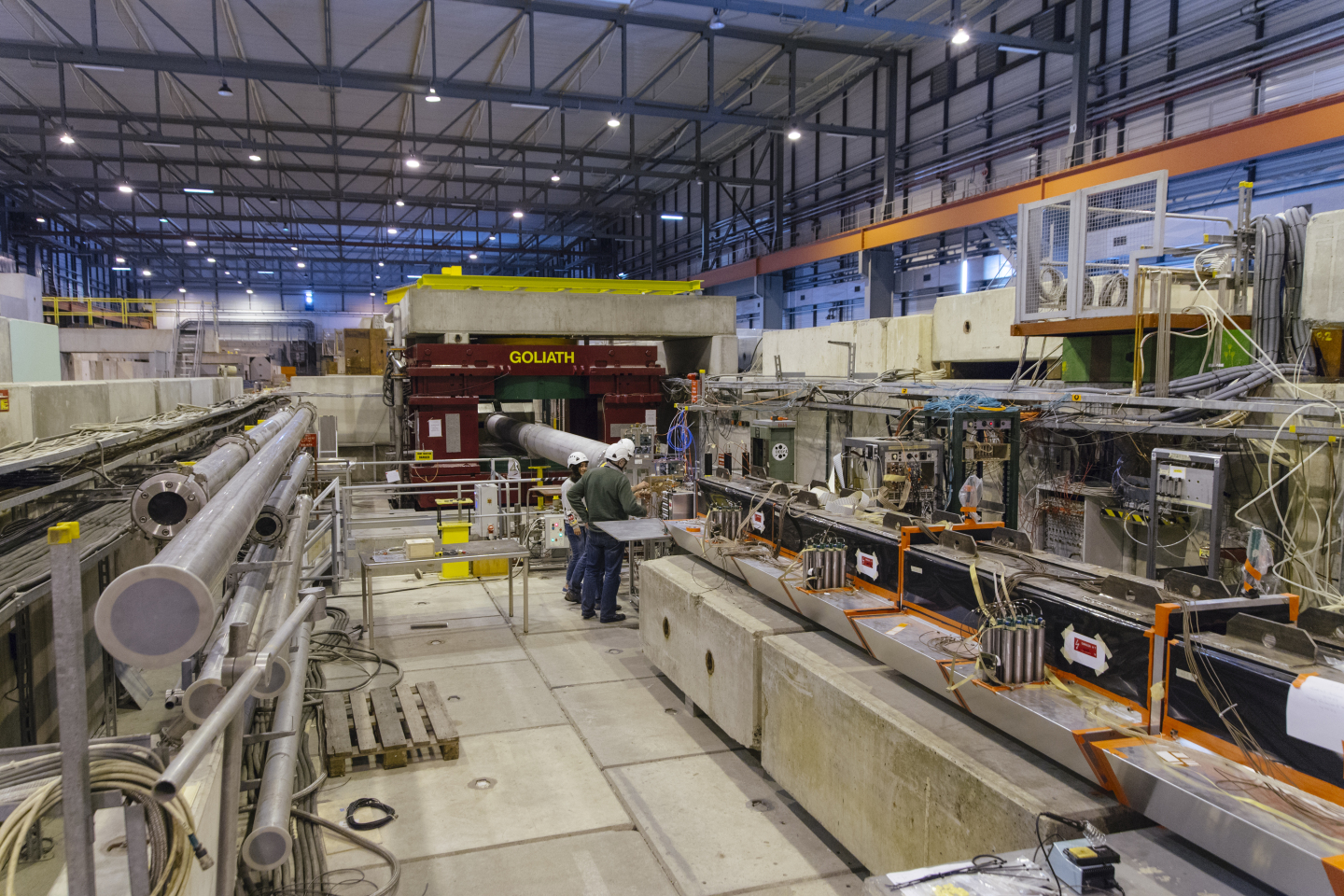